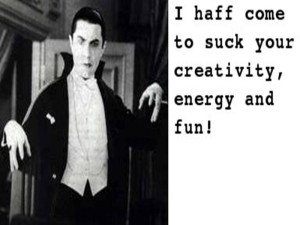 A few of my friends are using online dating sites, and so am I. I decided instead of just using one site, I’d use multiple to increase my chances. Often, I have found others doing the same, because I recognize their photos. But even one site can be exhausting to use. I mean, by the time you match and initially chat, sometimes several days have gone by. If an actual meetup happens at all, the aftereffects seem to be tiresome.

After having a conversation with a girl friend, we both questioned if online dating is even worth it. Of course we all have expectations, no matter how hard we try not to. However – when someone presents himself (or herself) online to be a certain type of person, we expect that what is what we get. Not always accurate. In fact, so far seems inaccurate 99% of the time.

I like to chat for a few days or a week to feel them out, because many times they get weird before the first meet even happens, and I don’t want to waste my time on weirdos. The first date I had thru the Match site seemed a little too eager to me to meet so quickly, but he was persistent, and I hadn’t been feeling that well, so my guard wasn’t as strong as it should have been. This guy was about 50, seemed okay to talk to, and we agreed to meet at a restaurant for a couple of drinks before proceeding. I will refer to him as Super Needy Guy.

Super Needy Guy showed up wearing something like gym clothes, drove an old beater, and was a lot scruffier in person than in his photos. I knew immediately I was not physically attracted to him. Still, I’m not opposed to meeting new people even if we only remain as friends. Conversation was pretty easy, but he’d told me a lot of info that I wasn’t sure was the type you should tell anyone on the first date. He’d been adopted, treated differently than the natural born children, and said he grew up with a German shepherd as his best friend. It was a sad story, but it certainly gave a lot of perspective on his neediness. After two beers, we decided to part. This was a Saturday.

The following day, I had to work, and Super Needy Guy knew this. While I was getting ready for work, he texted me. I had no time to answer. I got to work and Super Needy Guy texted me a few more times and even tried calling me. That in itself annoyed the hell out of me. Total red flags there. Besides, I still wasn’t feeling well and didn’t need the extra pressure of having to answer to someone.

I waited until after work to text him that I wasn’t feeling well. He immediately texted back and I answered him. Then he tried calling me again… I turned off the call and let it go to voicemail. I wasn’t in the mood to talk after having worked all day and having a sore throat. The thing is – he knew this, but his neediness overtook my need for my health and well-being. No thank you. Then he had the nerve to text me and say he tried calling but it went straight to voicemail, as if I was obligated to answer to him. Fuck that!

He continued texting me the following day and the day after, and to me it was just too much. Apparently, he had a lot of time on his hands, even at his job. By Tuesday I was growing tired of it all, not to mention I either had terrible allergies or something else going on and in no mood to deal with it.

Super Needy Guy kept texting me that he wanted to meet up again to see if there’s any chemistry. I finally told him that honestly, there was no chemistry on my part. I guess that pissed him off, because he said “no more free drinks” (remember, I only had two beers) and that “seems most women play the games their profile says they don’t want. No worries, I will delete your number, I don’t waste time on someone who isn’t interested. No need to text back…” blah blah blah…

Oh. My. God. How dramatic! It was one date and two beers, and I was already exhausted. Talk about a total energy vampire! I reminded him that not only was I working a lot, I was also not feeling well and told him he was too pushy and too fast for my pace and sorry if my two beers seemed like I was playing a game – that it was one date, not a handful.

I never heard from him again, and boy was I glad! But he exhausted me to the point that I didn’t want even want to bother going out on another date. It seriously took me a good week or so to recover. No more energy vampires!

3 thoughts on “Dating is Exhausting When People are Needy”